Review of the year – David Hanson

2020 marked the 93rd t year of Oxonian CC. Clearly the year since March has been dominated by Covid-19. Prior to this we were able to celebrate 2019 successes with the Annual Trophy presentation being held at Freeland Village Hall, with a buffet supper catered by Paul Allday. Regrettably, continuing uncertainty means we will not be holding a similar event in 2021, and the cancelling of many of our trophy events means that few will be awarded.

Oxfordshire TT League Round Up

The good news is that the shortened TT season enjoyed an unprecedented number of competitors as a consequence of pent up demand following suspension of racing due to the Covid-19 lockdown and generated sixteen new members. We had to be innovative with the organisation and running of events in order to meet the Covid-19 restrictions.

On-line entry in advance of the events with published start sheets, on-line payment of entry fees, on-line results, and allocation of rider race numbers for the duration of the season mitigated much of the risk and was well accepted by the competitors. The fact that the riders’ number did not match their start number may have caused a few headaches for the timekeepers, but overall, the whole process ran very smoothly. On-line entry and on-line start sheets published the evening before mean that that we have been able to offer riders their preference for an early or late start time and avoid queuing to sign-on albeit at the expense of pre-race chat

Of the completed events where Trophies can be awarded the results are:

Tom Pearce Memorial, normally awarded for the (cancelled) Open 10 TT but reassigned to the Club 10 on the Hardwick course on 22nd July, was won by Dan Blake. Dan also takes the KB May Cup for the Hill Climb as well as Division One of the TT League. TT League Divisions Two, Three, and Four were taken by Stephen Parfitt, James Hunt and David Hanson, respectively. Congratulations to Ann Warren who is promoted from Division 4 to Division 3.

A record entry of ten Oxonians took part in the above event. This was the first time the K4/25W course had been used for this particular event.  The organisers, Banbury Star Cyclists Cub use it for their club time trials and it offers a real challenge to riders with its short, steep climbs and descents, long straights and gentle undulations that grace the northern extremes of the Cotswolds. Energy management is the key to a successful time.

Clubs taking part were Banbury Star CC, Bicester Millennium CC, Cowley Road Condors CC, Didcot Phoenix CC, and ourselves. The club that had the lowest aggregate time on handicap for its fastest three riders was declared the winner of the Plaque received the trophy for safe keeping until next season. Only in this case it was BSCC yet again, with Oxonians finishing fourth of the five teams.

However, the Oxonians taking part; Ann Warren, Tracy Makin, Sally Thompson, Stephen Parfitt, Steve Legge, Graham Winstone, Bernard Calnan, Jeff King, James Hunt and David Hanson agreed that it had been both challenging and enjoyable(?) and that BSCC had done an excellent job of promoting the event. Congratulations to Sally on a solid performance in her first 25-mile TT, and to Ann Warren with a PB. Oxonians last won this in 2011. Maybe next time we organise and handicap It!

We await the year-end total mileages for both Strava and Audax events, so will be awarding these trophies as usual. Audax participants should submit their claim after 32st December. 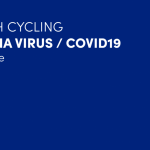 Suspension of cycling activities and eventsUncategorised 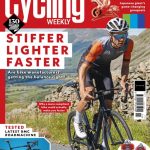