Report on the Open TT’s

Oxonian Open 25
We had 36 solos plus one tandem (6 Oxonians). There were 7 non-starters plus one DNF (the tandem). Weather was windy but dry. Fastest man was Tony Turner (51:39, Micky Cranks) and fastest woman was Neive Richardson (1:04:03, Cheltenham and County). Tony also won the vets prize. Oxonian won the team prize (Stephen Parfitt, Phil Strongman and Ian Radburn).

Oxonian Open 50
The club Open 50 event was held on Sunday 10th July on the A420 with excellent conditions, dry and very little wind. Along with the national trend entries were down compared to previous years and only 21 riders competed, including six women and two sprightly gentlemen aged over 80. The event was won by Tony Turner of Micky Cranks CC – riding his first ever 50 – with a time of 1-47-54. Tony also won the veteran prize at 31:15 faster than the VTTA standard.  The first woman was Emma O’Toole (Nopinz Motip RT) in 2-08-51.

We are promoting club cycling sessions

If you would like to come along and learn more about riding in a group or know someone who would be interested please send us an email. We are planning to run this on 20th, 27th August and 3rd September.

What you will learn

It’s time for the Bayliss cup.

This will be run on the 3rd August 25ml Burford/Lechlade. Anyone wishing to compete for this will need submits their fastest 10 and 25 miles times. We will place this on the entry form for the Wednesday TT.

Enter the TT and fill in the form. 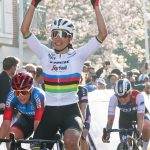