Sunday 10th June saw the fastest 25 mile field assembled for 2018 in the Didcot Phoenix 25 on the H25/17 Cumnor to Faringdon A420 course with at least 8 sub 50 minute entrants. Matthew Robson was pleased to be in such esteemed company recording a time of 57 minutes and 21 seconds the overall winner being competition record holder Marcin Bialoblocki in a time of 45 minutes and 49 seconds taking over 4 minutes off the course record briefly held by Tim Cartwright who finished second in 49 minutes and 8 seconds. Tim’s time was an update of the course record set in our own promotion last year. Given the cool and overcast conditions what chance of even faster times in our event on 1st July?

Meanwhile club chair David H in only his second 25 in three year’s upheld the previous tradition of this being a long markers event with a time of 1 hour 10 minutes and 10 seconds, with a mixture of pride and embarrassment at being in such esteemed company!

Wednesday 6th June saw the annual competition for the Bayliss Cup handicap 25 trophy on the Burford-Lechlade course. This saw Anna Woodcock making a return to the 25 mile distance, taking the trophy for a second time. Thanks are due to both Jeff King and Patrick Smith for taking up the challenge to handicap the event. 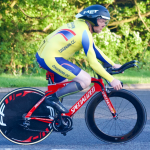 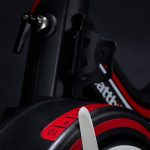