Following the unfortunate cancellation of last weeks Hardwick 10 due to traffic lights it was with great excitment that this Wednesday 15 riders found the afternoon showers moving away & were met with drying roads as they took on the Burford 10 course. Fastest rider on the night was Mark Jones (2nd claim OCRC) in 20:57 followed by Tony Turner (2nd claim Oxo) in 22:12.

After recent strong performances in both the Eynsham duathlon & Radley triathlon Ann Warren rode her first time trial & came home in a rapid 27:50.

It was a chilly evening so the teas & coffees served by Pete Oliver after the race were much appreciated.

Thanks to the timekeepers & marshalls as without them the event couldn’t have happened. 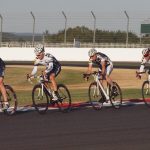 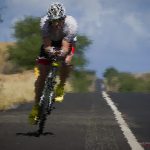