It is with great sadness that we have to report the death of Granville Olive at the age of 86.

Granville had been a member of the Oxonian C.C. for over fifty years and had been an honorary life member for around two decades.

He was born in Radcliffe near Manchester on the 19th July 1934. We believe he went to Manchester University before eventually coming to Oxfordshire in the late 1950’s, after he married, to work at Harwell as a scientific librarian. They had four children and the family settled around Wantage which enabled him to have a convenient cycling commute to work. Some years later the family relocated to a village close to Leominster in Herefordshire although Granville continued working at Harwell and was lodging in Shellingford near Faringdon. As an avid cyclist, going everywhere by bike, he regularly rode back to the family home in Leominster.

As a time trialist he was more at home with the longer distance events and in fact he still holds the Oxonian club record for 24 hours with a distance of 463.75 miles. He also broke the club 12 hour record in 1971 riding 254 miles and added another mile onto it in 1973. It was eventually bettered by Nick Oakley ten years later.

Granville gave a lot back to the club. He was a committee member for many years and organised the Open 50 for several years in the 1980’s. Despite living some distance away – in the later years in Yate near Bristol – he regularly attended committee meetings, club social events and the annual club dinner. He also took on the role of the main timekeeper for the club in 1991 and carried on for at least 12 years until his partner Kay’s long term illness became too severe. He then had to spend more time looking after her and he was not able to be so involved in the life of the club. In the last few years Granville himself was not in the best of health and was being cared for by Kay’s son.

Granville always appeared calm and never seemed flustered – very necessary qualities for a timekeeper and organiser of open events. He was a loyal and conscientious member and was a great asset to the club.

Granville passed away on the 19th of July – his 86th birthday. 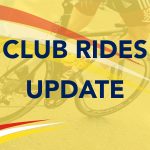 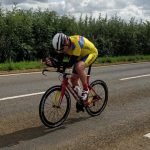