TT Season Round Up

Well August was quite a month for the Oxonian TT specialists. The smaller than expected field for the rescheduled Open 50 on 11thAugust, due to a clash with the National 12 hour championship (more on this later) allowed the Oxonians take the first three places and set a new club team record. The combined time of 5hrs 36mins and 56secs by Dan Blake, Malcolm Rose and Graham Winstone was a substantial beating of the 2002 record of 5hrs 54mins and 3 secs. Congratulations to all. Dan’s winning time of 1hr 51mins and 54secs was sufficient to put Malc in second place by 5 seconds. Dan takes both the Ravens Bowl trophy for the Open 50 and the Falck Shield for the fastest rider in the Club 50 TT, so no excuses for not coming along to the Awards evening in February. Malc and Graham also took first and second places for the Vets  on standard, so all in all an Oxonian clean sweep.

Meanwhile, in that other event Matthew Robson set a new Club 12 hour record covering 270.95 miles, beating the previous record of 269.27 miles set way back in 1982 before many of our current competitors were born! With his 50 and 100 times Matt will again take the Club Best All Rounder title in addition to the  12 hour title. Matt’s ride is also an age record and Vets standard record.

At the other end of the age spectrum James Lloyd took 9thplace in the National Junior 10 mile championship with a time of 19 mins and 46 secs. This is also a club record  updating the 1994 record of 20 mins and 54 secs. Congratulations all round!

Meanwhile with the completion of the TT League Program, the winners of each division are as follows: Division 1, Malc Rose; Division 2, Steve Legge; Division 3, Ian Radburn and Division 4, Richard Axtell.

Well done to all, and many thanks to all including Fairly United and Mid Ox who pushed off, kept time, marshalled, put out and collected signs, and generally administered the whole process and kept us all safe without whose efforts there would be no TT Program.

Finally, a reminder of the Hill Climb at Court Hill this Saturday7th September, and the Apres Season celebration on Wednesday 11th, 7.30pm at Long Hanborough Village Hall. Click Link. Tickets £10.00 per person to include both food and drink. 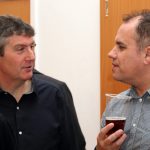 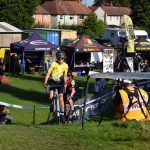