Calling all Oxonians looking for some early season speed training! Please see following invite from DPCC. Anyone willing to pull an Oxonian team together?
Happy New Year from DPCC. We hope you have had a good break and are looking forward to the new season!
To help get the season started, we would like to invite you to an Inter-club Roller Competition we are putting on in February. This resurrects a traditional district competition that was last won by your club in 2006.
Eight teams will compete in a Team Time Trial, Win and Out, Elimination and Madison on four roller bikes. After three hours of racing involving all the clubs the combined results give overall team rankings.
The event will be run by Rollapaluza with their experienced team who will also compare the races. The following video gives an idea of the format https://www.youtube.com/watch?v=Y56arEfHOLM. As you can see the bikes are fixed so there’s no need to learn how to ride the rollers!
The winners will take home the Inter-club Roller Competition Trophy and there will be a prize pot for team and individual performances.
We will be inviting friends and contacts from across the region to spectate in what should be a lively night.
We would therefore like to invite you to enter a team to this competition!
Full event details:
Didcot Civic Hall
7 -10 pm 23rd February 2019
Team of four (three male, one female but will look to see if it can be 50:50 once teams are confirmed)
Prize pot and roller trophy and BAR!
To cover the costs of the event we will be asking for a team entry fee (roughly equivalent to a road race entry fee per rider) Approx cost £80/team.
There will be a small entry fee per spectator bookable in advance or on the night. 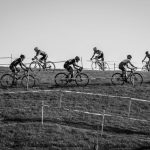 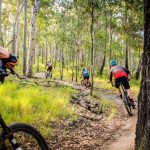